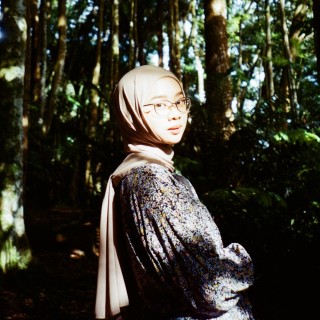 Their long awaited trip had finally come. They knew they’d have so many things they wanted to see there, but they forgot to include each other in the list. Little did they know that they’d spend more time refusing to let go of each other more than anything else they did that day. It didn’t really matter too, how many people who were there. As long as they had each other, it was always okay, always more than enough—everything there were theirs. The sneaky kisses, the warm embraces, the short whispers; everything were theirs. And there could never be too much I love yous.

And amidst the long silences, their hands intertwined. When they had nothing to say, they would stare into each other’s eyes, before bursting out in light giggles. He felt that they had known each other for a really long time, as if three years isn’t long enough. Whereas she felt that those pair of eyes looked so familiar, then thought to herself, “Gosh, I love this person so much. And he loves me as much as I do, too.” They were both glad they had each other. It almost felt like falling in love for the first time once more.

“I wish this would last forever,” he said, as he pressed her hand against his cheek. “I’ve never felt so much love before.”

She smiled. She too, wished things would just stay this way. She too, had never felt this way before. She couldn’t really comprehend why; maybe it’s the familiarity, maybe it’s the reciprocity. Or maybe… it’s just him.

But alas, as much as she believed they could still be okay in the end, there was no way they’d get out of this happily. The only options left were to get hurt or to be sad.

She wasn’t really sure of how she felt in the end. She knew that she chose to be sad, for no one had to get hurt, and no one had to bear the guilt of hurting someone. He said he was sad, too, obviously for different reasons, but he was just better at dealing with it. He was too used to falling out of love. But then again, she wasn’t really sure of how he felt in the end, too. Was he hurt (too)? Was he angry (too)? Were they actually okay? Everything had always been uncertain for them; a proper closure was the last thing one would expect.

“Just live with it,” he said. As we both should, she murmured to herself.

Things weren’t alright, or at least, that was what she thought. The hearts were heavy and feelings were weary; everything felt hard to comprehend, as if they were to sink her deep into a certain endless void. She started having second guesses, if this was something right to do from the very start, but she hated mourning over her decision. Even when he once assured her that it was going to be worth it.

In the end, she was still not sure of many things. But one thing she knew all along was that when it came to him, she’d never want to put things on stakes. Even in another world or another life, he’d always matter—and she’d always wish him well.